It’s been heartening to witness the enthusiasm amongst the community and visitors at the re-opening of the theatre (opening times for the exhibition are Fridays and Saturdays 12-6pm until the 2nd October).

We have now submitted a planning application to East Suffolk Council which will allow the theatre to function again more as it was originally intended – and as it did for 80 or 90 years up until 2000 or thereabouts.

Our vision is for  an updated version of the old assembly hall/theatre albeit a smaller hall and we imagine more genteel activity than in bygone days (although we are too young to have known its heyday). We don’t know precisely what the viable mix of activity will be – and by viable we mean what works with neighbours and the community as a whole, what is financially viable and what demand there is likely to be. Our application seeks flexibility to allow things to evolve in a smaller hall than the original, which would be acoustically buffered from the street by the insertion of a new mezzanine studio, loos and a kitchenette, and buffered at the rear by a holiday let. The building would be largely unchanged externally and the appearance on the street would be unchanged apart from new double glazed painted timber windows to replace the current single glazed windows. We will also repair and smarten up the gates in due course.

We are aware that flexibility of use is worrying a few neighbours (mostly worried by the potential for increased noise). Our hope is to be good neighbours to everyone, as we have tried to be so far in our alterations to the old club, and so far all the comments we have had on that have been very positive. There has been a loss of ‘public’ buildings in recent years in Framlingham despite the growth in housing; our ambition has been and remains to avoid this for the Con Club and theatre.

We understand the challenges of noise and indeed parking if we want to allow more people into the theatre; this is a building which has lately been used mostly as an antique shop with relatively modest footfall, but that recent period has been a small percentage of the life of the building and we think the theatre can have a more significant presence in the life of the town, as it did in the past. The capacity of the theatre will be slightly less than was recently permitted for the new St Michael’s Rooms opposite but we have proposed the same timings for potential opening as proposed (and permitted) for that. Some people have questioned the need for both buildings as public event spaces, so just to clarify this, we do not want to duplicate what the new St Michael’s Rooms will offer; our hope is for a more ‘arts-led’ use of the building, which the first opening exhibition hopefully communicates pretty well. There is more said about this in our planning application documents and a letter of support which we sent last year to the St. Michael’s PCC (also included in the planning documents).

We are also hoping that it will be possible to make occasional use of the stage. In the past the building was used for amateur dramatics and concerts (with David Bowie being the most famous name playing there). We think it would be wonderful again to have some activity on the stage – but we aren’t proposing a return to the raucousness of the 1960s, however much some people might want that. We know that our neighbours most certainly won’t and we don’t want to be dealing with complaints in the middle of the night either. But hopefully some music might be possible?

We are hoping that the town as a whole will consider what it thinks is in its best interest, and so we would encourage as many people as possible to consider and comment on our application – and please use the democratic planning process to express your views. We are holding an Open Door event in the Theatre from 3pm-8pm on Thursday 16th September and would encourage as many people as can to drop in and discuss what we are proposing as well as to see the exhibition there if you haven’t already.

The best way to make your views known in terms of influencing a planning decision is to email your comments to Framlingham Town Council and East Suffolk Council. We think that the deadline for responses to the Town Council will be on the 19th September ahead of their planning committee meeting on the 20th (which we understand is a public open meeting, and so any supporters would be welcome). The East Suffolk Council deadline is 23rd September – but best ‘press send’ by the 22nd just to be sure! Obviously the more support we have from the Framlingham community, the more likely it is that we can bring more life and public use back to the building. If there is inadequate support for it being a more public building again then we will need a re-think. There will certainly be options available for less public use and frankly easier options than what we are attempting, but we feel this is a more exciting course to attempt. Feel free to agree or disagree, and let us know. But if you are anti-change, please moderate your hostility!

You can see the proposals on the planning part of East Suffolk’s website if you search by the application number or postcode (IP13 9BH). The Design and Heritage Statement will be the best document to read first as that sets out the overall context of the application and explains what we are trying to achieve.

Email addresses for comments are below; please make clear that comments are on proposals for the Old Theatre, Framlingham (planning  application reference no. DC/21/3737/FUL)

If you want to contact us, the email below is best. Or please do come along on the 16th. Support appreciated but we know that not everyone is with us on this. 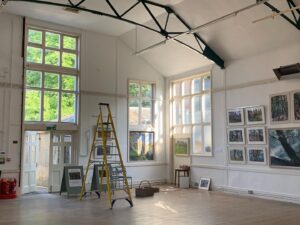 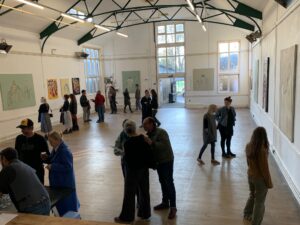